A tuna sandwich, a delicious tuna steak with fresh greens and a fancy sauce. Mouthwatering, right? Your dog thinks so too, and a fishy treat might be on your list to give them as a little snack after dinner. The question is, is it safe to do so and are there any benefits?

You can mix dog food with tuna, and fish actually has many beneficial properties for your pup. It’s rich in natural oils and plenty of nutrients that help them stay healthy and strong. You can’t give them tuna every day because of the mercury levels, but it does make a lovely treat every now and then.

In this guide, you will find everything you need to know about the wonder of tuna and the ways in which it’s good for your dog – as well as how much they can eat.

Mixing Dog Food with Tuna: Is This an Option?

Yes, it is an option to mix tuna with dog food but only in very small quantities. While this tasty fish does have nutritional benefits for your pup, there are other risks that come with it. The most prominent of these is the mercury content of the fish.

There is a lot of debate over the mercury in fish, and some tuna will have less than others. Unfortunately, the reason that mercury enters our waters and the fish that reside in them is due to industrial activity, namely coal-fired electricity generation.

The larger the fish, the more likely they are to contain high concentrations of mercury, and tuna are big fish that have a long lifespan. Fresh tuna contains the highest levels of mercury, while tinned tuna has the lowest concentrations.

This is why dogs should only be fed small amounts of tuna, especially as there are no guidelines for how much they can eat. Even humans need to limit their intake based on weight because of the mercury levels, so do your research and check the concentrations first.

Generally speaking, half a can of tuna is good for a large breed, a quarter for a medium breed, and less than a quarter for a small breed. You should also ensure the tinned tuna is always in water and never in oil as the oil is bad for your pup. Drain the water from the can first too.

You can mix this with your dog’s normal food as a special treat. If you are ever worried that your pup might have mercury poisoning, these are the signs to look out for:

If your dog displays any of these symptoms it should go to the vet immediately. You can also try other fish such as salmon and sardines that are equally beneficial but safer for your dog to eat. Salmon is commonly found in dog food, and while some do contain tuna they are few.

You should also make sure all the bones are removed before you serve them tuna. This is because the bones are a choking hazard and also have the potential to cause blockages – which could require surgery to fix.

It is a controversial issue, but as long as they are fed in small quantities very rarely your dog is fine to have a little tuna mixed in with their food. If you decide to feed them fresh tuna, cook it first as this will kill potentially harmful bacteria.

How Often Should Dogs Eat Tuna?

Your dog should not eat tuna more than once or twice a month. It should be given as a very rare treat because of the potential mercury content. Larger breeds can definitely get away with having it on a weekly basis, but it is best to stay safe.

At the same time, if they steal a little chunk of tuna from your plate there is no need to panic. Mercury poisoning is uncommon in dogs, but it is always good to stay vigilant to prevent these things from happening. A rare treat is a perfect frequency for tuna to be given to them.

The Benefits of Mixing Dog Food with Tuna

There are some great benefits to giving your dog tuna and mixing a little of it up with their food (following the guidelines we gave above, of course).

Tuna is a great source of protein for dogs, especially as it is considered to be quite a meaty fish – much like swordfish. This can be beneficial when you add it to their diet as it gives them a little boost, keeping their bodies strong and providing them with extra energy.

It is also rich in omega 3 fatty acids, which are highly beneficial to dogs and humans alike. These good fats are optimal for eye health while also being responsible for a shiny coat and good skin. They can also help to improve the immune system and fight inflammation.

They are also filled with calcium, selenium, and niacin – the latter of which is a B vitamin. All of these keep their bones healthy and provide support for muscles and joints. It is always good to have a little boost to their diet to help them stay healthy.

Of course, all of these additions can be found in their regular food. However, a top-up every now and again doesn’t hurt and adds some variation to their diet. Even dogs can get bored of their food and need a little variation from time to time.

Tuna does carry some risks, especially with regards to mercury content, but it does make a nice occasional treat for your dog. Some owners would argue that salmon is a better choice, and it is commonly fed, but as long as your dog isn’t eating tuna every day they’ll be fine.

If you found this instalment in our canine care series interesting, you should definitely check out the rest of our guides. We cover everything from behaviour and training all the way to diet, health, and grooming. Our goal? To help you become the best dog owner possible. 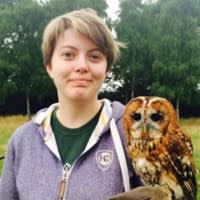